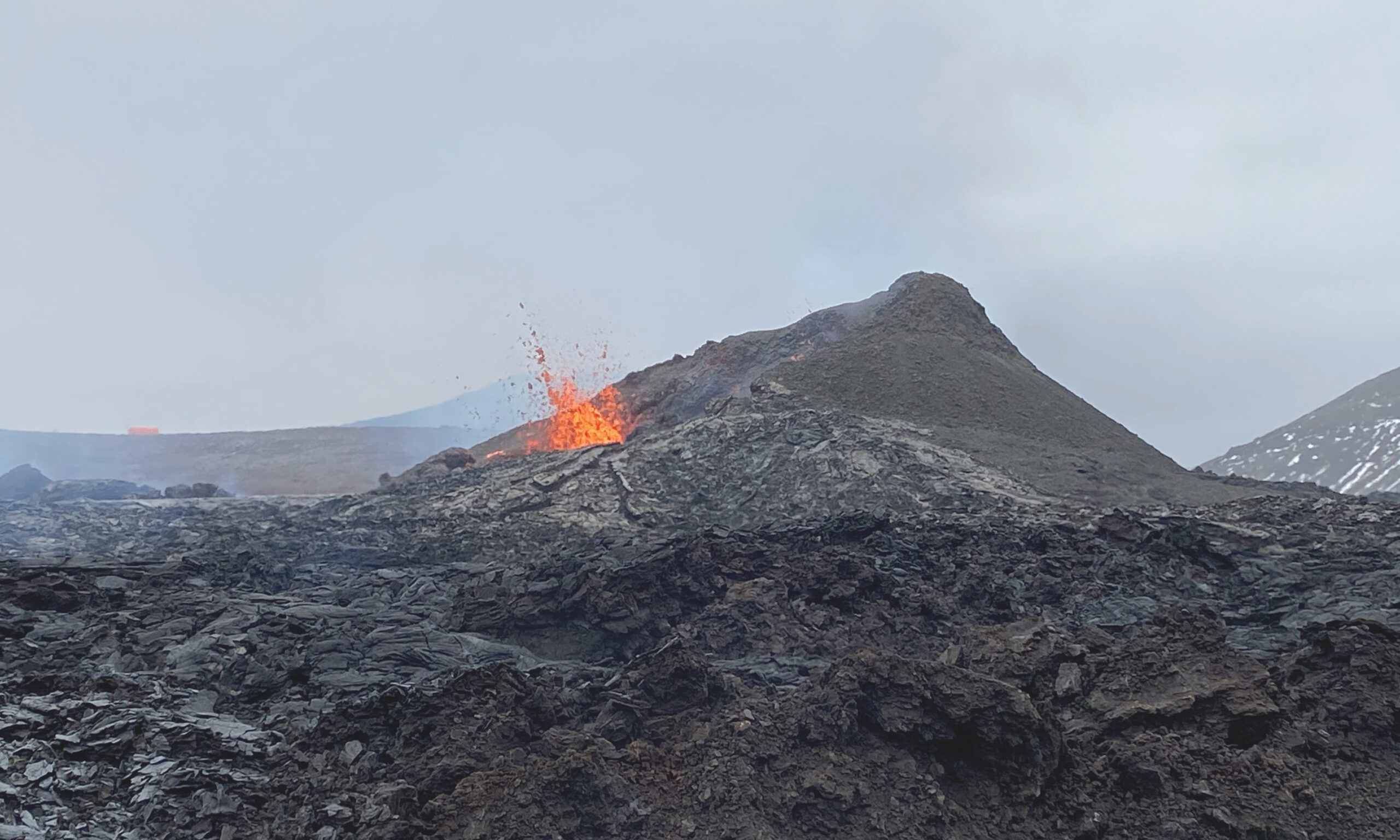 Saga Stories with the Reykjavík Grapevine: Volcanoes in the Sagas

Why no Hrings saga gulla?

It’s often said that the sagas pay very little attention to the unique geological and climatic phenomena for which Iceland is so famous among modern visitors. There are no clear depictions of geysers or the northern lights, and remarkably few references to waterfalls or even the extreme changes in daylight hours throughout the year. The reason for this is that the focus of the saga corpus is almost always on human stories. The sagas are about personal and communal relationships and rivalries, rather than the wonders of the landscape.

So where are all the waterfalls?

However, it’s not that the landscape never appears in these texts. It’s just that, when it does, it’s usually inextricably connected to human actions and interactions. Thus, we only hear about waterfalls when characters have to navigate them, as in the case of Grettir’s fight with the trolls of Sandhaugar, which takes him under a raging waterfall (possibly Goðafoss). And when we hear about the long ‘white nights’ of summer, it’s usually in reference to the evenings becoming ‘farljós’ (light enough for people to travel). Even Gunnarr’s affectionate description of the hillside at Hlíðarendi can be understood in these terms. His words are often seen as a rare ode to natural splendour in the sagas, but they could just as easily be interpreted as a statement of the beauty of a well-ordered farm, with its pale fields and mown meadows.

Volcanoes in the sagas

It’s the same with volcanoes in the sagas. There are remarkably few references to this fascinating geological phenomenon in the corpus. But when they do appear, volcanoes tend to be mentioned for their connection to human action and interaction. This video examines a few such references.

The first section focuses on volcanic eruptions mentioned in Íslendinga saga (The Saga of Icelanders), arguing that one reason for their inclusion is their impact on farming. The volcanic ash-fall leads to what the saga refers to as ‘sandsumur’ and ‘sandvetur’ (sand-summers and sand-winters), in which the lack of exposed vegetation causes the death of livestock.

The second section looks at the volcanic events that appear in the conversion narratives, as told in Kristni saga (The Saga of Christianity) and Njáls saga (The Saga of Njáll). These stories describe volcanic activity as having been caused by human activity, whether by the magic of heathen sorcerers or the anger of the pagan gods at the prospect of Iceland’s Christianisation. However, one of the stories also questions such interpretations. The wise chieftain Snorri goði mocks the pagans for reading too much into a volcanic eruption near Þingvellir. His words reveal that Icelanders were quite aware of the volcanic origins of their island, and that some might even have considered eruptions to be natural, unexceptional events.

The third and final section looks at Bergbúa þáttr (The Tale of the Rock-Dweller), a short narrative first attested in the fourteenth century. Bucking the trend established above, the poem in this text seems to show an interest in the splendour and sublimity of volcanoes in and of themselves, giving us a haunting poetic description of what a volcanic eruption looks like, sounds like, and feels like. It talks about rocks bursting, flames shooting up, and molten rock flowing to create strange new ground. The video includes a reading from the poem, as translated into English by Marvin Taylor.

Please click the link to join me on a trip to the eruption in Geldingadalir, where I will discuss the appearance of volcanoes in the sagas.