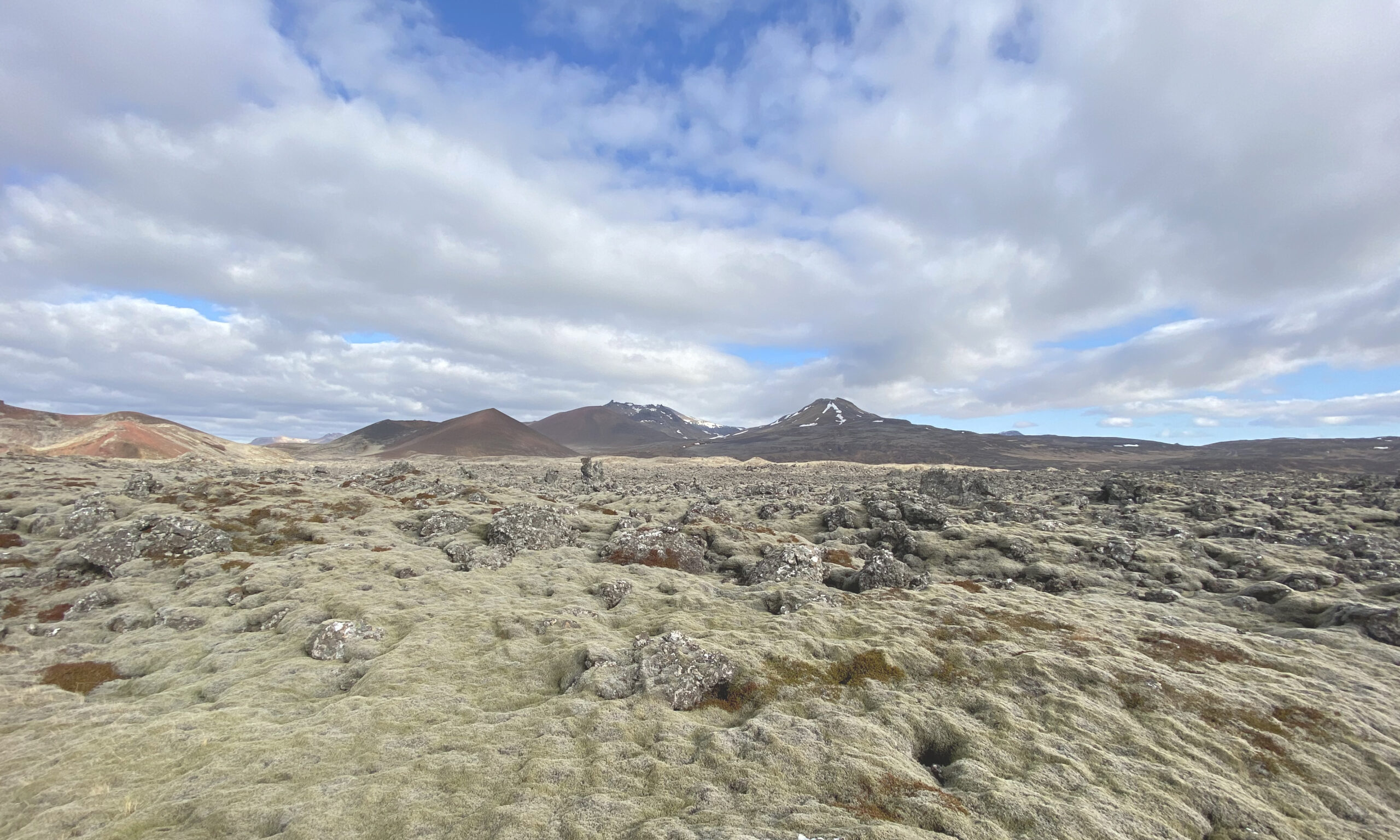 Join me and the Reykjavík Grapevine on another trip to the majestic Snæfellsnes peninsula for the second of two videos about Eyrbyggja saga. This saga depicts more supernatural phenomena than most other Íslendingasögur, and this video looks at two such episodes: the first about two fearsome berserkir (berserks) and the second about a malevolent draugr (zombie).

First, we take you to the spectacular lava field of Berserkjahraun (64°57’45.2″N 22°58’24.2″W), which lies about halfway between Ólafsvík and Stykkishólmur on the northern shore of the Snæfellsnes peninsula. This area gets its name from two rowdy berserks who were brought to Iceland to serve as the henchmen of a man named Vermundr mjóvi. Vermundr is something of a weakling and has difficulty controlling the berserks, so he ends up giving them to his more aggressive and domineering brother, the chieftain Víga-Styrr (killer-Styrr). However, even Styrr struggles with the berserks, especially after one of them expresses his intention to marry Styrr’s daughter. He therefore ends up concocting a devious scheme to betray and execute the men, whose bodies are said to lie somewhere in the lava.

We then travel southeast of Stykkishólmur to the area around Úlfarsfell and Álftafjörður (64°59’16.7″N 22°37’04.7″W), where we tell the tale of one of the most menacing and persistent zombies in all saga literature. Þórólfr bægifótr (lame-foot) is an evil, stubborn man in life and proves even more so in death. After Þórólfr dies in a seething rage, he returns to attack the living in two separate bouts of haunting. The locals try to put an end to his undead rovings, first by moving his body further up the valley and, when that doesn’t work, by burning his corpse to ashes on the shore of the fjord. However, even this isn’t enough to stop the wicked Þórólfr, who manages to return in the form of a trollish bull to assert his dominance over the region by committing one final act of violence.

Special thanks to Hótel Búðir for the hospitality!