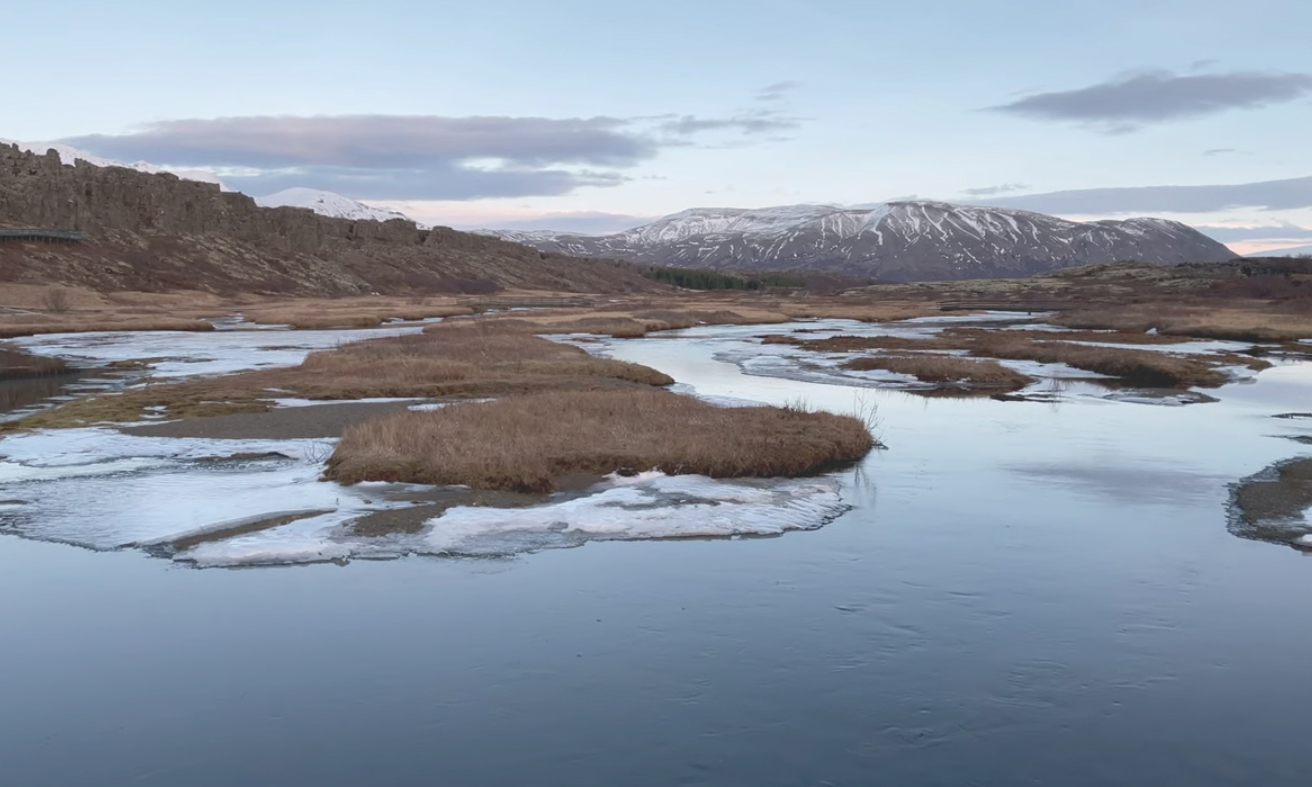 Here is the first in a new series of videos I will be making with the Reykjavík Grapevine, one of Iceland’s leading English-language media outlets. In these videos, I will be visiting locations throughout Iceland and telling stories from the medieval Icelandic sagas that took place there.

The first video is from Þingvellir (Thing-Fields), the location of the Icelandic national parliament, the Alþing, from the tenth century to the thirteenth century and beyond. This episode features the story of Christianisation, primarily from Njáls saga and Kristni saga; the story of the attempted victimisation of Ölkofri (Ale-Hood) from Ölkofra saga; and the story of Óláfr pái’s engagement to Þorgerðr Egilsdóttir from Laxdæla saga.

English speakers might think that the Þing (pronounced ‘thing’) is a strange name for a parliament, but it’s actually related to our word ‘thing’. In many older Germanic languages, ‘thing’ used to mean a parliament or assembly. But in English, the meaning of this word shifted to mean a ‘thing’ or ‘matter’ one might discuss at an assembly, and then finally just a ‘thing’ in general. However, in Icelandic, it retains its older meaning: even nowadays, the national parliament is called Alþingi.

If you'd like to hear more about conceptions of gender in medieval Icelandic literature and culture, please check out my conversation with Lucie Laumonier, professor at Concordia University in Montreal. ... See MoreSee Less

Did you know that Loki was a gender-bending God? In this episode of the Medieval Grad Podcast, Lucie Laumonier interviews Matthew Roby on sex and gender in Old Norse and Icelandic sagas. There were ma...
View on Facebook
· Share

Here’s what’s been keeping me away from Twitter for the past year: I got married in #Iceland, moved to #Canada for my postdoc, and had a beautiful baby boy! I’m still on parental leave - and very much sleep deprived! - but am looking forward to posting more regularly again soon.