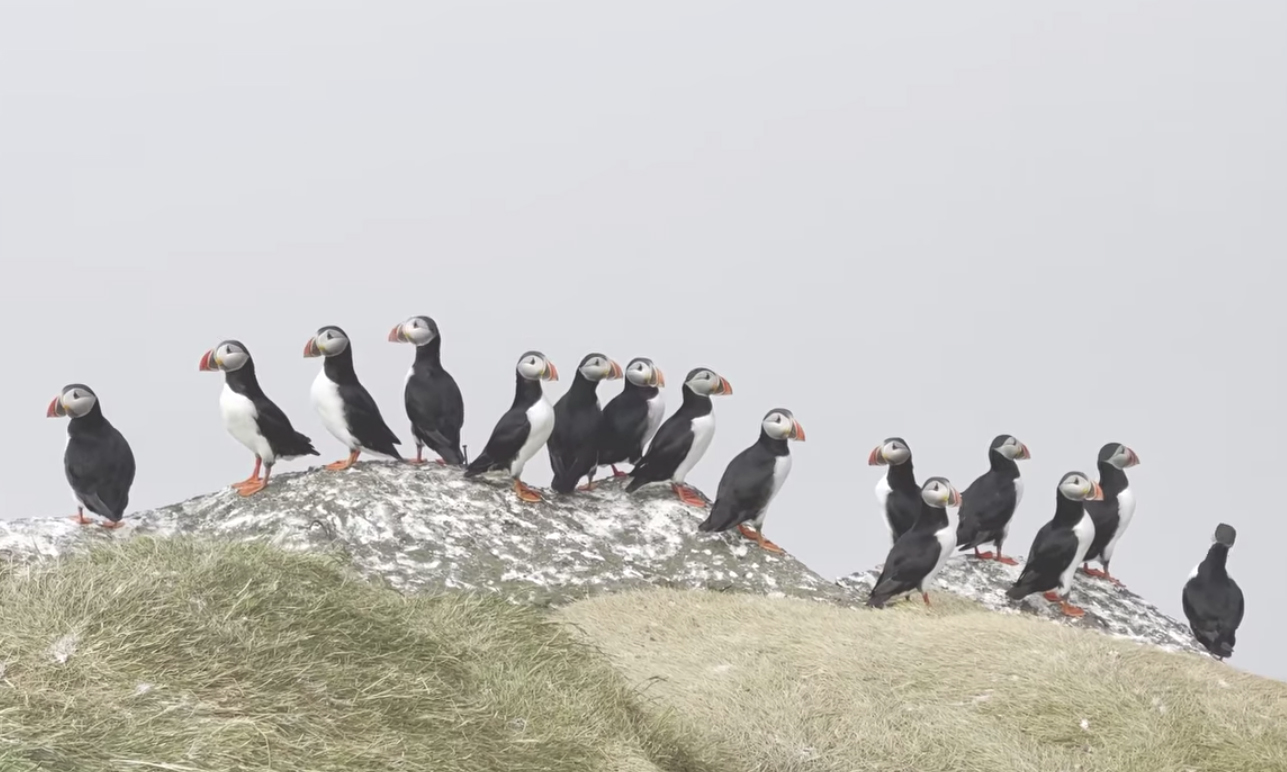 Join me and the Reykjavík Grapevine for an extra special episode of Saga Stories about the famous Grettis saga sterka, known in English as “The Saga of Grettir the Strong.” Grettir is an extremely complicated hero: sometimes kind and honourable, sometimes lazy and rude, sometimes wicked and downright psychopathic. When he’s feeling benevolent, he fights trolls and berserkers to defend the weak, but he’s also the guy who murders somebody over a packed lunch. In this episode, we follow in the footsteps of this larger-than-life hero to tell some of the most fascinating tales from his saga.

First, we take you to the farmstead of Bjarg near the modern-day village of Laugarbakki, where Grettir was born and grew up . Here we tell the story of Grettir’s troublesome childhood, in which he expresses his strength and prideful nature by torturing his father Ásmundr’s farm animals, not to mention Ásmundr himself.

The Famous Hauntings of Grettis saga

Second, we take you to the verdant valley of Forsæludalur, the location of the medieval farmstead of Þórhallstaðir. This is the setting of the most famous haunting in all of saga literature: the relentless attacks of the revenant Glámr. We tell you the story of how Glámr became an undead zombie, how he is ultimately vanquished by the mighty Grettir, and how this victory haunts Grettir for the rest of his life…

Finally, we take you to the breathtaking island of Drangey, whose sheer cliffs rise 180m out of the icy waters of Skagafjörður. Nowadays, the island is famous for its thriving puffin colony, but it’s also where Grettir spends his last three years as an outlaw. We tell the story of how he ended up on the island, what he did while he lived there, and how he is ultimately brought down by his powerful enemies and even more powerful witchcraft.

Special thanks to Arctic Hotels for the hospitality and to Drangey Tours for making our visit to Drangey possible!

The final video from my trip around the stunning Snæfellsnes peninsula with @rvkgrapevine. This time, I'm talking about zombies and berserkers. Hope you enjoy it and have a happy New Year! Farsælt komandi ár! 🎉