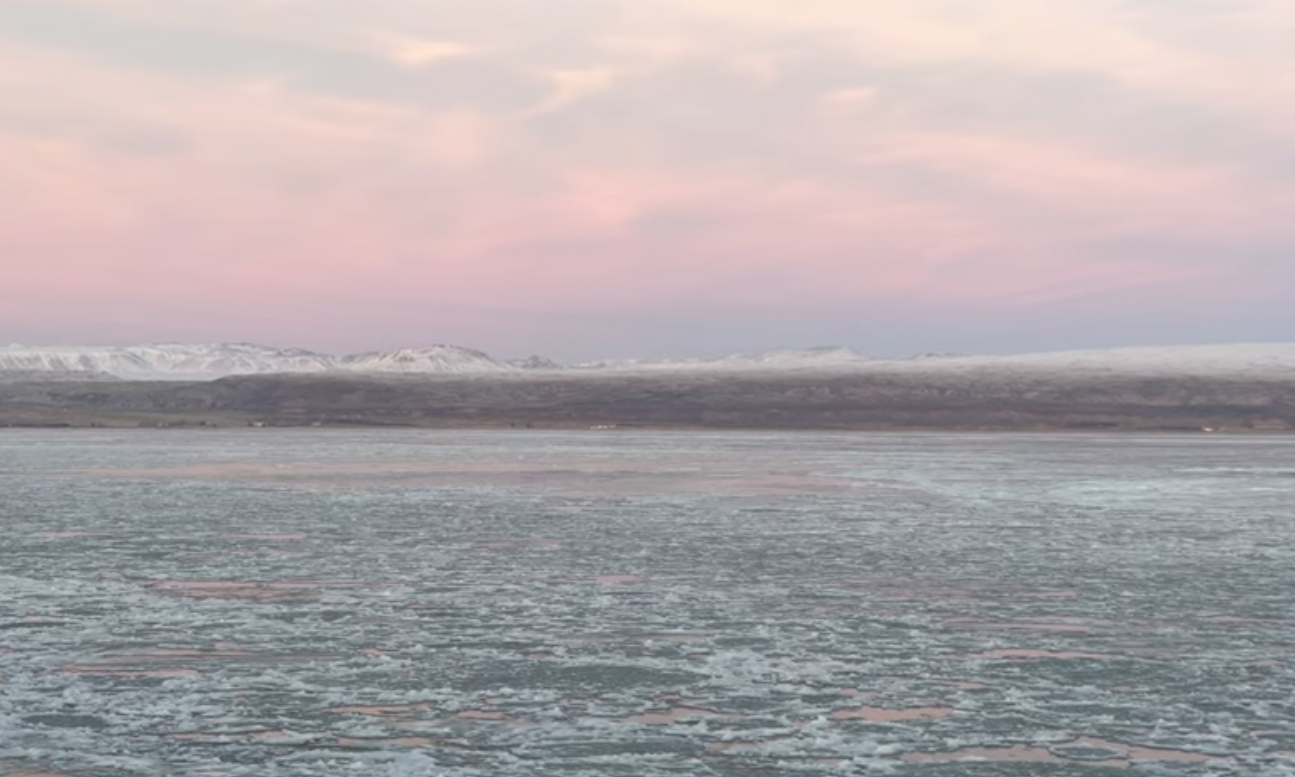 In the third episode of the ‘Saga Stories’ series, I travel to South Iceland to tell stories from the lesser-known Flóamanna saga. This saga is first attested in manuscripts from around the year 1400, though it is thought to have been composed about a century before that. Flóamanna saga tells of the life and adventures of a man named Þorgils, whose newfound Christian faith is tested to the limit during his Odyssey-like quest around the north Atlantic.

For the first story, I travel 15km south of the modern town of Selfoss, to where the great Þjórsárhraun (Bull-River-Lava) meets the sea. This is close to the farmstead of Traðarholt, where Þorgils was born. It was here that he wrestled the mighty pagan god Þórr, who had been haunting Þorgils’s dreams since his conversion to Christianity.

The second story is told on the beautiful lava formations and skerries of Þjórsárhraun. This is the tale of how Þorgils was shipwrecked on the coast of Greenland and how, after the brutal murder of his wife, he is forced to breast-feed his newborn son to keep him alive.

The third story is told at the farm and church of Hjalli, about 15km west of Selfoss, where Þorgils died and was buried. This is the story of Þorgils’s return to Iceland, the tragic death of his son, and Þorgils’s later life and descendants.