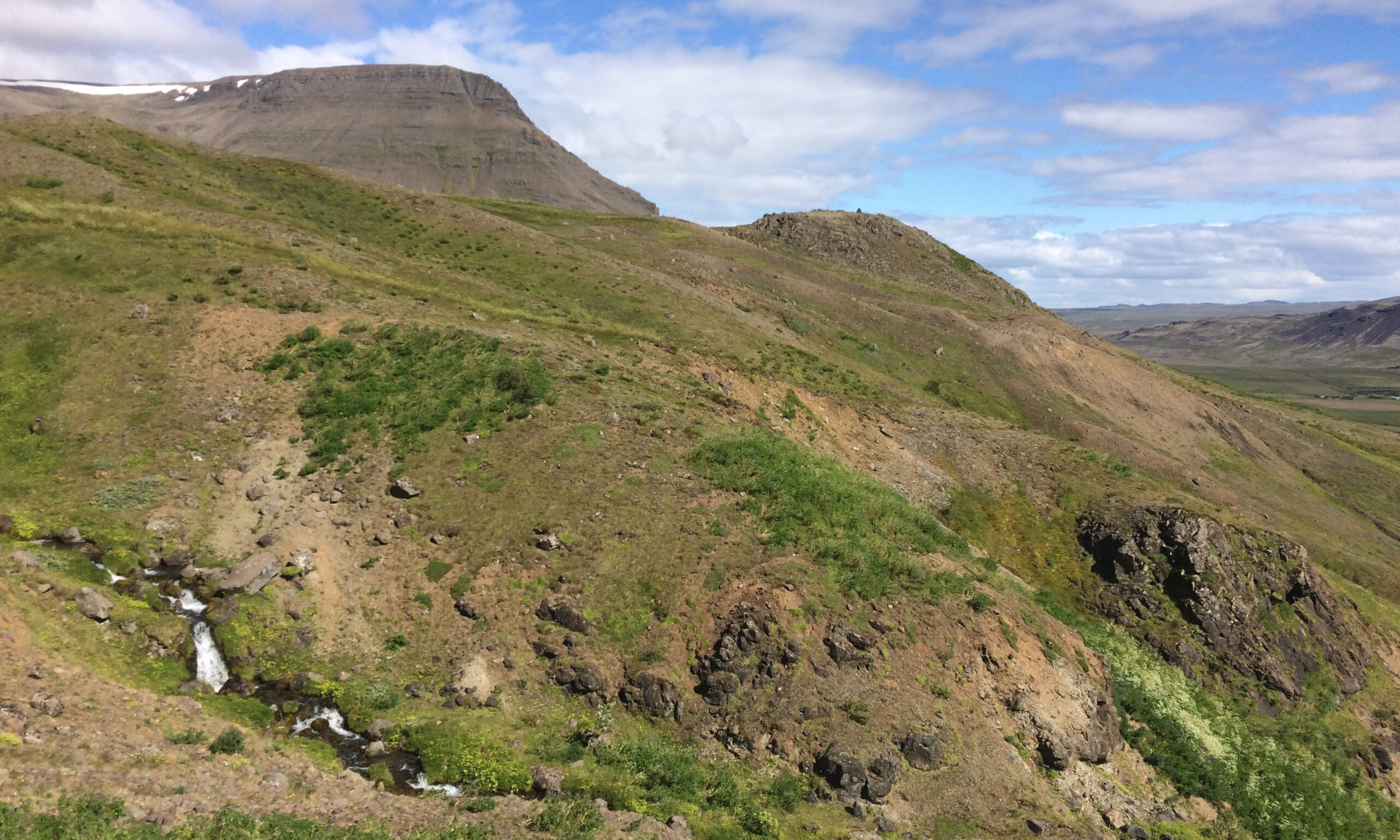 This is a short article about the character of Esja. She is a witch from Kjalnesinga saga, the only saga set in Iceland’s capital region.

Why is there no Reykvíkinga saga?

Reykjavík has played an important part in Iceland’s history, past and present. It was the place where Ingólfr Arnarson, the first permanent settler, landed around the year 870. And, due in part to the efforts of Skúli Magnússon in the eighteenth century, it became the most important town in Iceland and, eventually, the capital city. So it might be surprising that Reykjavík hardly appears in the sagas. This is because, during the medieval period, it wasn’t an important town. In fact, there were no towns in Iceland at all. Instead, farm complexes of various sizes dotted the landscape and only a few places had any national significance, such as Þingvellir (the location of the “Thing” or parliament) or Skálholt and Hólar (the seats of Iceland’s two bishops). Therefore, it was no more likely that there would be a saga about the farms around Reykjavík than about those anywhere else on the island.

But if you’re visiting Reykjavík, there is one saga you should know about: Kjalnesinga saga (The Saga of the People of Kjalarnes), the only one set mainly in the capital region. This saga was written no later than the fourteenth century. As its name suggests, it tells stories of the people who lived on the Kjalarnes peninsula, northeast of Reykjavík between Hvalfjörður and Kollafjörður. Because of the author’s familiarity with the geography of the region, it is thought to have been written at the Augustinian monastery on the island of Viðey, which lies in the bay off Reykjavík’s northern shore. Visitors to Reykjavík can take day trips to the island with Elding boat tours, where they can see the excavations of the monastery foundations and walk beside the old field wall, which might originally have been laid by workers at the monastery to keep their sheep from wandering into the hay fields. The island also has sites of non-medieval interest, such as Yoko Ono’s monument to John Lennon: the Imagine Peace Tower.

Esja: the widow and the mountain

From Viðey — and from all along the Northern coast of Reykjavík — you can get a clear view of Esja. This spectacular mountain plays a key role in Kjalnesinga saga. So the story goes, one of the original settlers to the area was an Irish woman named Esja. She was a wealthy, independent widow who settled at a farm under the mountain. The saga thus presents the idea that the mountain got its name from her, though it’s more likely to have been the other way around: the saga author called this character Esja to create a plausible backstory for the name the mountain already had. The widow Esja is said to be Christian, but it’s also rumoured that she practises magic.

Esja is the foster-mother of the saga’s main character, a boisterous young man named Búi. Through a mixture of direct advice and passive aggressive prodding, she guides all of Búi’s actions, and she also uses her magic to protect him. For example, when Búi is facing impossible odds in a fight, Esja creates a magical fog to confuse his foes. Then, after he angers these enemies even more by burning down their pagan temple, she hides him in a cave on the mountain. Soon after, she encourages him to begin courting the most desirable woman in the area: Ólof in væna (Ólof the beautiful). The courting scenes are quite disturbing from a modern perspective. Every day for a whole season, Ólof is encircled by Búi and two other intrusive suitors, who all pull up chairs and sit around the unfortunate woman. Each man refuses to speak to the other, but each speaks to Ólof loudly enough that the others can hear. It sounds like an unbearably awkward set-up, but it serves as a powerful symbol of the male-dominated nature of medieval Icelandic courtship practices. Women and their families were not expected to initiate marriage proposals of their own, and so generally had to await the advances of eligible men.

One of these suitors eventually challenges Búi to a duel, so Esja decides he needs some wound-proofing magic. The nature of this elderly woman’s magic is implicitly sexual. First, she bathes him in the hot spring outside the cave, and the saga states explicitly that she strokes his entire naked body. She must then sofa hjá (lie beside) him for the whole night and then dress him herself before he leaves the next morning. Similar scenes, in which elderly foster-mothers perform sexualised rituals to protect their wards, are found in several texts, including Hauks þáttr hábrókar (The Tale of Haukr High-Breeches) and Sturlaugs saga starfsama (The Saga of Sturlaugr the Diligent). My research has shown that these scenes are almost the only exceptions to the sagas’ otherwise consistent condemnation of elderly female sexuality. This might be explained by one feature that they all share: the sexual acts they describe are always done for the benefit of the young male, rather than for the satisfaction of the old woman’s desires. The motivation for Esja’s sexual magic provides excellent evidence for this point. She mustn’t have romantic intentions towards Búi herself, since the only reason she performs this magic is so he can court another woman. Of course, after all of Esja’s efforts, Búi wins the duel and gets the girl. However, as you will find if you read the saga or my future posts on the subject, the manner in which Búi takes Ólof away, as well as the manner in which he discards her later on, are also indicative of the extreme male dominance and chauvinism of medieval Icelandic sexual politics.

Nowadays, Esja is a popular hiking destination for Reykjavík residents and tourists alike. Visitors can take public buses (Strætó #29 or #57) to the café at the foot of the mountain and enjoy a day hike around one of its easy, well-marked trails. I’ve never managed to catch a glimpse of Esja’s cave or bathing pool, but maybe you’ll have better luck.

If you'd like to hear more about conceptions of gender in medieval Icelandic literature and culture, please check out my conversation with Lucie Laumonier, professor at Concordia University in Montreal. ... See MoreSee Less

Did you know that Loki was a gender-bending God? In this episode of the Medieval Grad Podcast, Lucie Laumonier interviews Matthew Roby on sex and gender in Old Norse and Icelandic sagas. There were ma...
View on Facebook
· Share

Here’s what’s been keeping me away from Twitter for the past year: I got married in #Iceland, moved to #Canada for my postdoc, and had a beautiful baby boy! I’m still on parental leave - and very much sleep deprived! - but am looking forward to posting more regularly again soon.